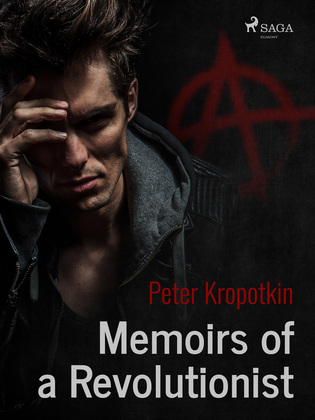 Memoirs of a Revolutionist

Peter Kropotkin?s magnum opus "Memoirs of a Revolutionist" serves the role of an astounding historical narrative of Russian politics in the second half of the 19th century. A perfect example of early anarchist writing, the book is emblematic of the origin of many anarchist movements all across Europe. The honesty and truthfulness of the narrative follows Kroopotkin?s prison and exile escapades, his admiration for women, and all the revolutionary incidents surrounding that enigmatic figure.

Peter Kropotkin was a versatile Russian literary figure, whose occupation ranged from scientist and writer to a revolutionary and an advocate of anarchism. Kropotkin?s major influence was evident from his manifold philosophical stance ? from a harsh critique on capitalist society to that of boosting local goods production. A political exile and an avid traveler, Kropotkin?s background found its place in his writing style. Among some of his best works are "The Conquest of Bread", "Memoirs of a Revolutionist", and "The State: Its Historic Role".