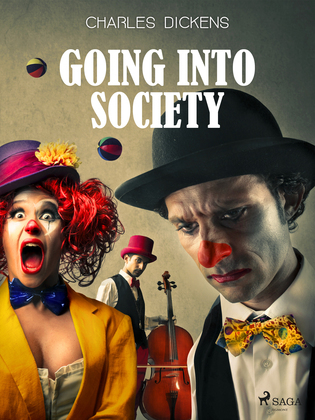 "Society, taken in the lump, is all dwarfs (...) And when you?ve no more left to give, they?ll laugh at you to your face..."
A man sets up a circus in a respectable neighbourhood and draws an audience with the main attraction: a dwarf, named Mr. Chops. One day, Mr. Chops wins the lottery and leaves. But life outside the circus is not as he imagined.
Going into Society is a dark story about naivety, humiliation and the disappointing importance of money. It is believed that Vladimir Nabokov?s short story The Potato Elf (1929) about a dwarf named Fred who works in a circus, was inspired by this classic Charles Dickens story.