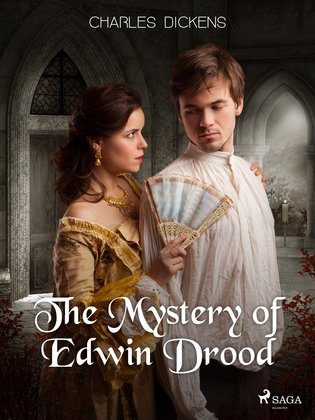 The Mystery of Edwin Drood

"That sprung up between us. You are not truly happy"
Before their deaths, Edwin and Rosa?s fathers made them betrothed to one another. Now that they are of age, though, Edwin finds that he does not want to marry Rosa, and they break off the engagement. Shortly thereafter, on Christmas, Eve Edwin disappears without a trace.
The Mystery of Edwin Drood was Dickens? final, unfinished novel. But despite its abrupt ending it leaves the reader with a clear picture of a killer. The novel has been adapted to film four times and was referenced in a 2005 episode of Doctor Who starring Christopher Eccleston and Billie Piper.