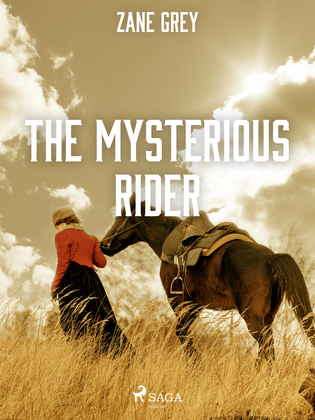 "The Mysterious Rider" is a Western novel published in 1921. The novel tells us the complex story of a girl named Columbine who grew up on Bill Bellounds?, her adoptive father?s, ranch. Columbine is forced considering marriage to Bellounds? son Jack, a coward and a thief. The girl is however in love with the cowboy Wilson Moore. One day the mysterious rider Bent Wade comes to work in the ranch. The moment he sees Columbine for the first time is also when he realizes that she is his daughter. Bent Wade is also the one who saves Columbine?s beloved Wilson who gets attacked by the jealous Jack. Will Columbine find out the truth about her real father? Will she and Wilson get the chance to be finally together? Zane Grey?s adventurous novel about love, hate and friendship is also adapted to several movies.