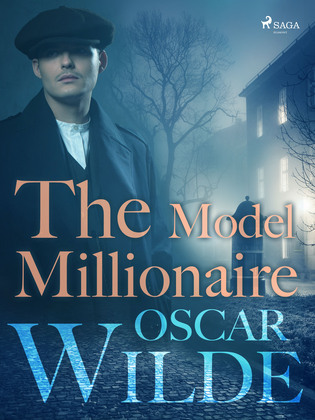 "Romance is the privilege of the rich, not the profession of the unemployed."
Hughie, a charming young man with no money, wants to marry a girl named Laura. But Laura?s father is concerned with Hughie?s lack of wealth and tells him he can only have his daughter if he comes up with 10,000 pounds. Defeated, Hughie visits his artist friend, who in painting a portrait of a beggar. Meeting the beggar outside, Hughie gives him some money. What he doesn?t know is that the man isn?t a beggar at all but a wealthy baron, and Hughie?s generosity might just be the thing to change his life.
The Model Millionaire is a charming and funny little story, similar in setting to The Picture of Dorian Gray, but far more optimistic. A delightful read.

Oscar Wilde (1854-1900) was an Irish playwright, novelist, essayist, and poet, famous for ?The Picture of Dorian Gray? and ?The Importance of Being Earnest? to name a couple. He was believed to be a homosexual and met a lot of resistance in his life on that account. He died in Paris at the age of 46.