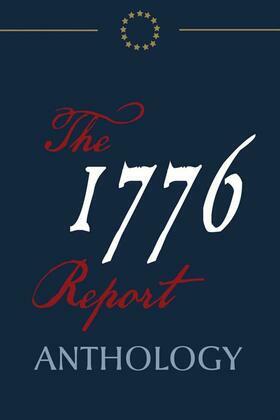 The first book banned by the Biden Administration -

Just two days after its publication...

Widely criticised by Wikipedia and progressive pundits, this book was at the same time hailed by the Wall Street Journal:

"They offer a long view of its meaning: America's history is objectively extraordinary, and we should accept that. It should be faithfully taught that way."

This well-written, non-partisan study describes the founding of this country and the lessons learned through its two centuries of growth.

The “crusade against American history is toxic propaganda, ideological poison, that, if not removed, will dissolve the civic bonds that tie us together, will destroy our country,” Trump said at the time.

This is an outstanding guide to start teaching fair and honest approaches to history for any home-schooling family or independent school.

Also included in this anthology are the Declaration of Independence, the US Constitution, and the Articles of Confederation.

This gives you a well-rounded and accurate view of our American culture through the factual historical documents of its founding.