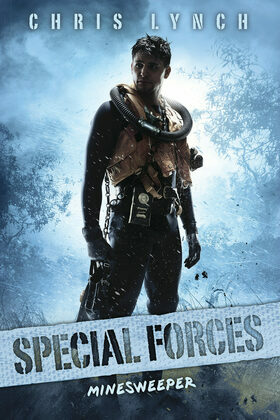 Discover the secret missions behind America's greatest conflicts.<br /><br />Fergus Frew thought he knew what to expect when he signed up with the Navy's demolitions team. But as the Korean War rages on, Fergus and his fellow divers -- AKA "frogmen" -- are tasked with more than just scouting mudflats. Soon they're planting mines. And sabotaging tunnels, bridges... and even fishing nets. Strangest of all, it falls to Fergus to transport a spy into the country -- and that means traveling far from Navy-controlled waters.<br /><br />But frogmen are amphibious. And Fergus may not realize it, but he's in a position to change the way the whole world thinks about combat.<br /><br />National Book Award finalist Chris Lynch continues his explosive fiction series based on the real-life, top-secret history of US black ops and today's heroic Navy SEALs.