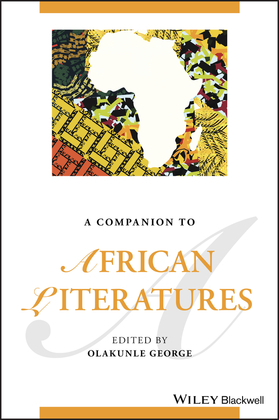 A Companion to African Literatures

How have African literatures unfolded in their rich diversity in our modern era of decolonization, nationalisms, and extensive transnational movement of peoples? How have African writers engaged urgent questions regarding race, nation, ethnicity, gender, and sexuality? And how do African literary genres interrelate with traditional oral forms or audio-visual and digital media? A Companion to African Literatures addresses these issues and many more.

Consisting of essays by distinguished scholars and emerging leaders in the field, this book offers rigorous, deeply engaging discussions of African literatures on the continent and in diaspora. It covers the four main geographical regions (East and Central Africa, North Africa, Southern Africa, and West Africa), presenting ample material to learn from and think with.

A Companion To African Literatures is divided into five parts. The first four cover different regions of the continent, while the fifth part considers conceptual issues and newer directions of inquiry. Chapters focus on literatures in European languages officially used in Africa --English, French, and Portuguese-- as well as homegrown African languages: Afrikaans, Amharic, Arabic, Swahili, and Yoruba. With its lineup of lucid and authoritative analyses, readers will find in A Companion to African Literatures a distinctive, rewarding academic resource.

Perfect for undergraduate and graduate students in literary studies programs with an African focus, A Companion To African Literatures will also earn a place in the libraries of teachers, researchers, and professors who wish to strengthen their background in the study of African literatures.