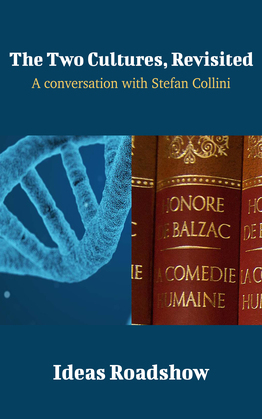 The 'Two Cultures' debate of the 1960s between C.P. Snow and F.R. Leavis is one of the most misunderstood intellectual disputes of the 20th century. Most people think that the debate only revolved around the notion that our society is characterized by a divide between two cultures ? the arts or humanities on one hand, and the sciences on the other. This book is based on an extended conversation between Howard Burton and University of Cambridge intellectual historian Stefan Collini which provides a careful examination and illuminating insights of what the issues really were in this debate.

This carefully-edited book includes an introduction, Returning to the Source, and questions for discussion at the end of each chapter:

This book is part of an expanding series of 100+ Ideas Roadshow conversations, each one presenting a wealth of candid insights from a leading expert in a focused yet informal setting to give non-specialists a uniquely accessible window into frontline research and scholarship that wouldn't otherwise be encountered through standard lectures and textbooks. For other books in this series visit our website: https://ideas-on-film.com/ideasroadshow/.