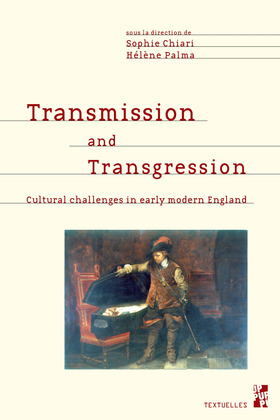 pThis volume aims at exploring the reinvention of philosophy, literature and science in the early modern era to show how writers and readers collectively engaged in redefining the transmission of knowledge, whether ancient or newly discovered. In its first section, the contributors deal with religious, ideological and philosophical issues; in the second, they tackle art and science, while, in the third, they provide new insights about travelling and the circulation of ideas. These ten chapters thus relate transmission to the fundamental role of transgression by considering English writers and their challenging ideas in the context of their engagement with a flowering print market. The importance of public discourse as well as of memory and tradition, along with the need for renewal and reform which redefined England’s identity, are therefore being explored here. As the book refines on previous generalisations on the interacting concepts of transmission and transgression in early modern England, it also addresses the following questions: is there such a thing as a specifically English transgressive aesthetics? Can it be seen as a philosophy? Eventually, does transgression necessarily deny its own sources?/p