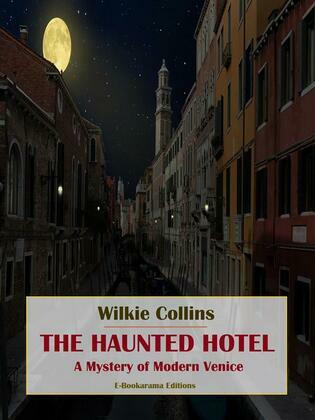 "The Haunted Hotel" opens in England, where a wild-eyed Countess Narona visits Doctor Wybrow in a state of distress, convinced that she is going mad. Her husband-to-be, Lord Montbarry has jilted his kind-hearted fiancé, Agnes for her. The Countess is convinced that Agnes will somehow bring about her downfall. After the marriage, the Countess and Lord Montbarry move to Venice where they stay in a decaying palace. The plot thickens when Lord Montbarry dies, leaving £10,000 insurance money which is claimed by his widow, and simultaneously the wife of Montbarry’s close servant, a courier named Ferrari, receives an anonymous note containing £1,000. The courier has also mysteriously disappeared.

The plot then moves inexorably towards how Agnes, the Countess and various members of the Montbarry end up in the palace in Venice that has been turned into a fashionable (but haunted) hotel where ghostly goings on occur in room number 13A...

"The Haunted Hotel" is full of gothic elements: a missing servant, a veiled mourner and a body found in a fireplace. Somehow Collins manages to make it all believable and, as usual, the romance in the book has a realistic touch to it.