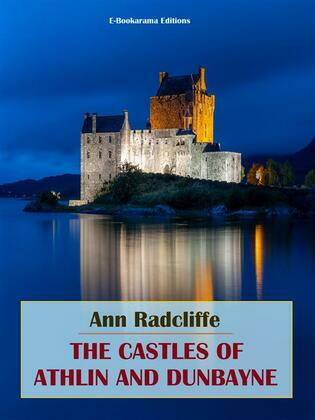 First published in London by Thomas Hookham in 1789, "The Castles of Athlin and Dunbayne" is a gothic novel by Ann Radcliffe, her first novel.

"The Castles of Athlin and Dunbayne" subtitled "A Highland Tale", is set in the feudal Scottish Highlands and centred around the two titular castles of Athlin and Dunbayne. Whilst Athlin – "an edifice built on the summit of a rock whose base was in the sea" – is home to a refined society headed by the gentle Countess Matlida and her children, Dunbayne is the domain of the villainous Baron Malcolm. The novel's plot follows the young Earl of Athlin, Osbert, who seeks to take revenge against the unlawful murder of his father by the Baron Malcolm twelve years earlier after meeting the peasant Alleyn...

"The Castles of Athlin and Dunbayne" has everything: murder, revenge, battles, damsels in distress, aristocrats, captives, secrets, and, most of all, love. It is a love story in every sense: the love to the Scottish highlands in which it is set, the family love that binds almost above all else, and of course the love between men and women.

This short work would later influence Radcliffe's other works. At the same time, Radcliffe had an influence on Jane Austen, Mary Shelley, and many others who wrote popular gothic novels.