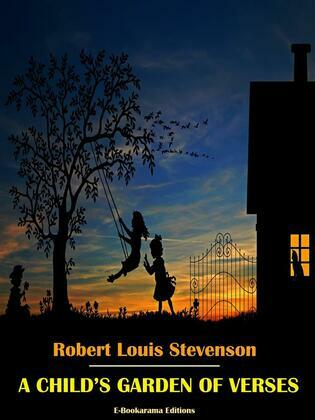 A Child's Garden of Verses

First published in 1885 under the title Penny Whistles, "A Child's Garden of Verses" is a collection of poetry for children by the Scottish author Robert Louis Stevenson, a collection that concerns childhood, illness, play, and solitude. Stevenson dedicated the poems to his nurse Alison Cunningham, who cared for him during his many childhood illnesses. The collection includes some of Stevenson’s most famous poems, including “The Land of Counterpane”, “My Shadow" and “The Lamplighter”.

Many of the poems describe the imaginative life of the child. In “Pirate Story”, for example, the garden becomes the setting for pirate adventure. “The Land of Nod” describes the dream land that children can only visit when they are asleep.

Some of the poems, particularly those in “The Child Alone” section evoke the loneliness of being young, ill and without companions (certainly Stevenson was here remembering his own childhood). Children in these poems (for example “The Unseen Playmate”. “My Ship and I”, and “My Kingdom”) use their imaginations to entertain themselves, rather than the company of a friend.

Poems in the “Garden Days” section of the collection are concerned with nature and the seasons. Other poems in the book are moral reminders to children. For example, “Good and Bad Children” warns that children who behave badly will be disliked as adults.

The “Envoys” section of poetry consists of poems dedicated to Stevenson’s friends and family, particularly those who he spent time with at Colinton Manse when he was a child. His experiences at the manse playing in the garden inspired many of the poems in the collection.

In the last poem of the collection, “To Any Reader”, Stevenson reminds his readers that all children eventually grow up, and that these poems are memories of a time that has past. This poem also serves to show that A Child’s Garden of Verses is not just a book for children, but addresses adult themes like loss and loneliness.