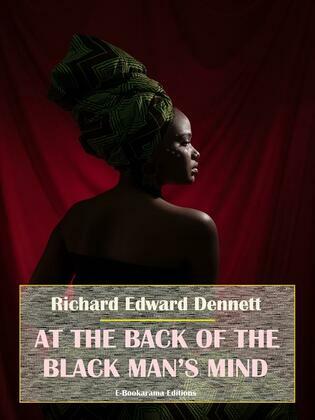 At the Back of the Black Man’s Mind

First published in 1906, "At the Back of the Black Man’s Mind" by Richard Edward Dennett looks at Bantu and Yoruba spiritual practices and philosophy, including nature worship, sacred kingship, and shamanism.

By reading this book critically we can glimpse a system of nature worship, sacred kingship, and shamanism from before the colonial era, and get a hint of a very complex philosophy of esoteric correspondences which rival the better documented systems (e.g. the Upanishads, the I Ching and the Qabalah).

However, the reader has to be aware many of its characterizations would today be considered colonialist or racist and it provides many theories about the facts presented which are incorrect or irrelevant.

Richard Edward Dennett was an English trader operating out of the Kongo in the early 20th century who wrote a number of books that were influential on sociological and anthropological research on the cultures of West Africa. Dennett spent many years studying West African folklore, culture, and religion at the turn of the 19th century.