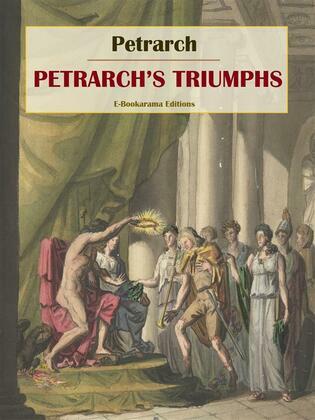 Composition of "Petrarch’s Triumphs" started in 1351 and the final chapter was last edited on February 12, 1374, a few months before the author's death.

"Triumphs" is a series of poems by Petrarch in the Tuscan language evoking the Roman ceremony of triumph, where victorious generals and their armies were led in procession by the captives and spoils they had taken in war. Composed over more than twenty years, the poetry is written in terza rima. It consists of twelve chapters ordered in six triumphs envisioned by the poet in a dream honouring allegorical figures such as Love, Chastity, Death, and Fame, who vanquish each other in turn.