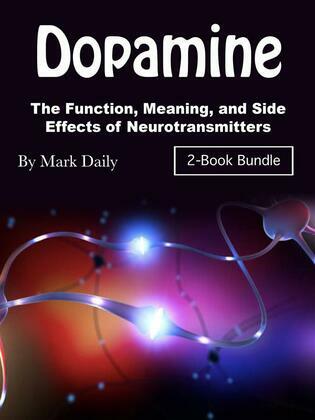 Book 1: What is dopamine? And how does it work?

Dopamine has been the topic of many debates and discussions among neuroscientists, clinicians, and analysts. It has been controversial and fascinating at the same time. Dopamine seems to give us motivation to succeed, to exercise, to seek rewards, to survive, and to procreate. It rewards us when we follow our instincts and can be the source of addictive behavior. People with ADHD have special challenges regarding dopamine fluctuation and appear to frequently suffer from a deficiency or overdose. Thus, regulating such dopamine levels is crucial to one’s satisfaction and happiness in life.

Book 2: Dopamine makes us human. It has been proven over and over again that it manifests itself differently in animals. It has been researched and been found identical to human traits and our motivation to do anything in life, our creativity, and our problem-solving skills.

In this guide, we will go over some of the great opportunities and dangers of dopamine. We will discuss the difference between the left and right brain, and the most common differences between dopamine in the female and male brain. Last but not least, we will share some thoughts about achieving goals and its relationship to dopamine triggers.

All of these topics can give you greater insight in your own psyche as well as others. Please take a look inside or listen to the audio version of the book.