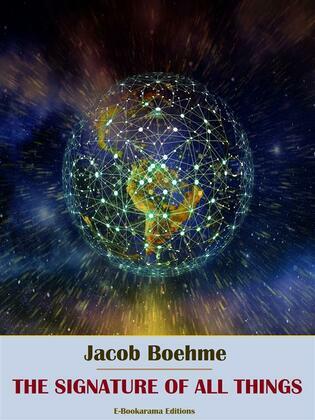 The Signature of All Things

If "The Signature of All Things" (Signatura Rerum) by the German mystic Jacob Boehme looks like a book you'd find in the library at a certain school of wizardry, you're not too far off. Boehme discourses at length here on one of the fundamental laws of Magic: the law of signatures, the concept that every object in the real world has some hidden meaning, and particularly how these signatures interact.

At the core of Boehme's philosophy is a mystical Christianity. However, his beliefs were far from that of the Lutheran establishment, and he was persecuted his entire life. Boehme's view of a universe where a creative and destructive principle are in conflict was later repurposed by Hegel as the dialectic. Newton, Nietzsche, the Quaker George Fox, and even Phillip K. Dick have all been cited as being influenced by Boehme.

Jacob Boehme was a German philosopher, Christian mystic, and Lutheran Protestant theologian. He was considered an original thinker by many of his contemporaries within the Lutheran tradition, and his first book, commonly known as "Aurora", caused a great scandal.

Boehme had a profound influence on later philosophical movements such as German idealism and German Romanticism.