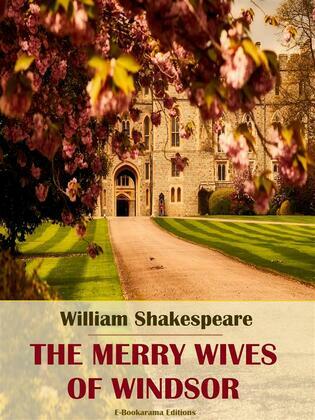 The Merry Wives of Windsor

"The Merry Wives of Windsor" is a comedy by William Shakespeare first published in 1602, though believed to have been written in or before 1597. The Windsor of the play's title is a reference to the town of Windsor, also the location of Windsor Castle, in Berkshire, England.

"The Merry Wives of Windsor" contains two important plotlines. The play's funniest plotline is the conflict between Sir John Falstaff and the two merry wives (Mistress Ford and Mistress Page). The story's other major plotline deals with three suitors (Slender, Doctor Caius and Fenton), all of whom wish to win Anne Page's hand in marriage.

Of all Shakespeare's comedies, "The Merry Wives of Windsor" is the one that most resembles a modern sitcom. The play focuses on mostly middle-class characters, none of the characters are ever in mortal danger, it is written almost entirely in prose and it employs a great deal of low comedy. Low comedy is the stuff of slapstick, pratfalls, outrageous accents, sight gags and Three Stooges-style physicality. "The Merry Wives of Windsor" has lots of this. In fact, most of the action that drives the plot of this play is based on "Mistress Ford and Mistress Page" concocting various schemes toward the purpose of embarrassing Sir John Falstaff.