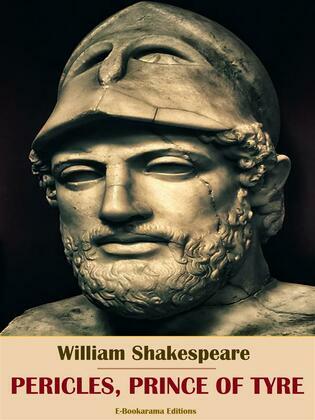 by William Shakespeare (Author)
Buy for €0.49 Excerpt
Fiction Classics Romance Historical Nonfiction History Ancient Greece History by country Europe Greece Historical
warning_amber
One or more licenses for this book have been acquired by your organisation details

"Pericles, Prince of Tyre" is a late romantic comedy by William Shakespeare. Written around 1606, the play follows Pericles, Prince of Tyre, on his journey to be reunited with his family after a storm at sea separates everyone. The play did not appear in Shakespeare’s First Folio, suggesting the editors did not believe he wrote the whole play. It is now generally accepted that Shakespeare wrote most of it, but he received help from other playwrights. Widely credited for helping to create the romantic comedy genre, many of Shakespeare’s plays have been adapted into TV and film.

Each act in "Pericles, Prince of Tyre" is introduced by the ghost of John Gower, an English poet. An offstage narrator delivering prologues and additional information was a common theatrical device at the time.