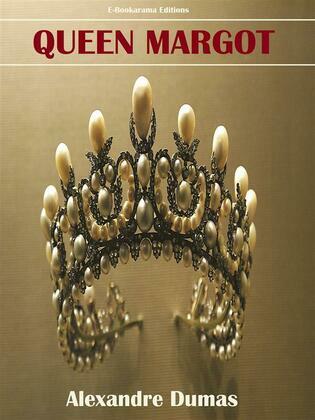 "Queen Margot" is set in Paris in August 1572 during the reign of Charles IX. The story is based on real characters and events. The novel's protagonist is Marguerite de Valois, better known as Margot, daughter of the deceased Henry II and the infamous scheming Catholic power player Catherine de Medici. Catherine decides to make an overture of goodwill by offering up Margot in marriage to prominent Huguenot and King of Navarre, Henri de Bourbon, a marriage that was supposed to cement the hard-fought Peace of Saint-Germain. At the same time, Catherine schemes to bring about the notorious St. Bartholomew's Day Massacre of 1572, assassinating many of the most wealthy and prominent Huguenots who were in the largely-Catholic city of Paris to escort the Protestant prince to his wedding…

Although "Queen Margot"is based on real characters and events, certain aspects of the novel may be inconsistent with the historical record; historians have attributed this to artistic licence and the fact that Dumas might have been influenced by propaganda against certain characters, notably Catherine. Written in French, it was almost immediately translated into English, first anonymously, and soon after by David Bogue as "Marguerite de Valois: An Historical Romance".

"Queen Margot" is the first book of The Valois Trilogy and followed by "Chicot the Jester" and "The Forty Five Guardsmen."