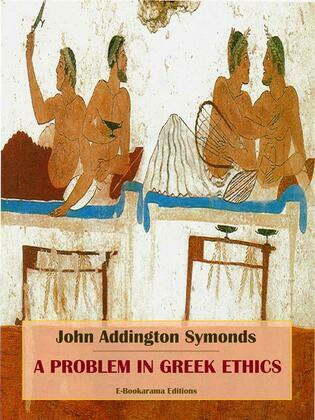 A Problem in Greek Ethics

Originally published in 1883, "A Problem in Greek Ethics" by John Addington Symonds is a ground-breaking study of the Greek institution of paiderastia. This was a custom by which adolescent men made alliances with older men of a romantic and sexual nature. The young men in question were the same age as contemporary teen pop stars (approximately from puberty to the Athenian age of majority, 21). And they were treated similarly, as celebrities, showered with gifts and attention, and fought over by lovers. Philosophers such as Plato considered these same-sex unions as a remedy for tyranny, the bedrock of a cultured society, and the purest form of love.

The point of this essay is never made explicit, but it is still very relevant. The ancient Greek civilization lasted for hundreds of years, invented democracy, built amazing monumental buildings, developed advanced philosophy, drama and literature, and defeated the Persian empire. And no small part of this success was due to the openly acknowledged contribution of gay people. This proves specious the argument that homosexuals achieving parity in a society means the end of civilization "as we know it".

Symonds, who also wrote "A Problem in Modern Ethics", was an accomplished classicist, and a pioneering (if closeted) self-realized gay person. This book was originally published privately for the use of 'Medical Psychologists and Jurists'; this figleaf was necessary in the repressive climate of Victorian England.