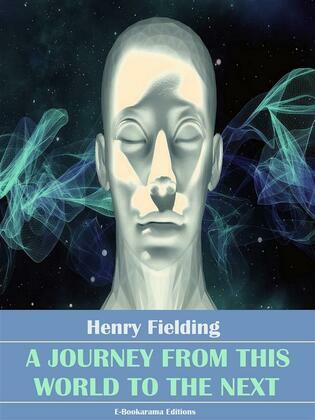 A Journey from This World to the Next

First published in 1749, "A Journey from This World to the Next" is a fictional work by Henry Fielding in which he purports to discover a portion of manuscript which appears to be the work of a recently deceased spirit describing their experiences after death.

The narrator (probably not Fielding) has just died, in the first sentence, and has left his old body through its nose. Through relating his travels in the afterlife, he gently satirizes life here on earth.

Other notable books by Henry Fielding include "Tom Jones", "Joseph Andrews", and "The Journal of a Voyage to Lisbon".