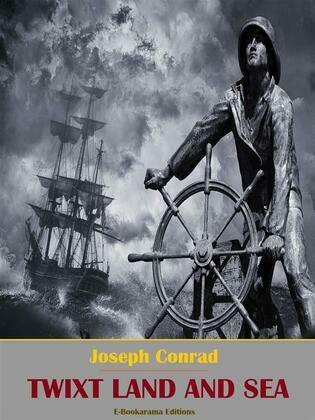 Originally published as a collection in 1912, "Twixt Land and Sea" contains three long stories written for magazines in the 1909 -1911 period.

’The Secret Sharer’ is one of the great tales in the English language, but, although not major works, the others—’Freya of the Seven Isles’ and ’A Smile of Fortune’— deserve to be read more than they are. All three tales explore a young captain under stress. Although in this period of renewed personal and financial turmoil Conrad’s imagination turns nostalgically to life at sea, the sea is no longer the simplified world of "Typhoon" or "The End of the Tether", where moral distinctions are clear. In these tales, a young captain is faced with circumstances and emotional traumas for which neither the maritime code nor his experience has prepared him.