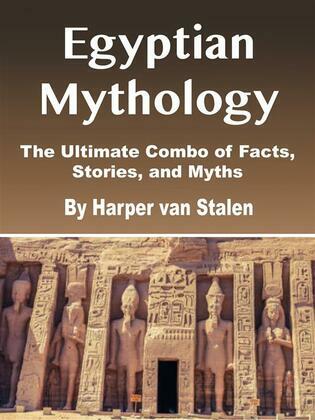 This is a 3-book bundle, which addresses various subtopics, including but not limited to these:

Book 1: Are you ready to be both entertained and educated?

In this book, you will be taught about some of the most prestigious Egyptian gods and goddesses that were worshipped a long time ago. After some educational resources and information about them, we dive into some of the most intriguing stories the ancient Egyptian culture could muster, such as Isis and the seven scorpions, the peasant and the workman, the great queen Hatshepsut, and the princess of Bekhten. These myths will spark the imagination and leave you in wonder and awe.

Book 2: Are you familiar with ancient Hieroglyphs from the land of Egypt?

How about pyramids and temples?

Aside from touching on the facts related to these items and mysteries, this guide will also entertain you with specific stories that the Egyptian mythology has left us with. You will read more (or listen) about the experiences of Sinuh, the land of the dead they believed in, and the story of the doomed prince.

Book 3: There are many gods and goddesses the ancient Egyptians believed in. Today, we will explore some of the most important ones, as well as expand on the stories of some heroes and characters that haven’t been forgotten through the ages.

Dive into the ancient world and start reading or listening now!