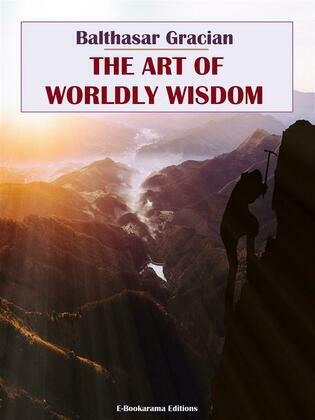 The Art of Worldly Wisdom

First published in 1647, "The Art of Worldly Wisdom" is a book of 300 maxims and commentary written by a 17th century Jesuit priest named Balthasar Gracian. Considered by many to be Machiavelli’s better in strategy and insight, Gracian’s maxims give advice on how to flourish and thrive in a cutthroat world filled with cunning, duplicity, and power struggles, all while still maintaining your dignity, honour, and self-respect.

Three hundred years ago, Gracian, one of Spain’s greatest philosophers combined shrewd observation and crafty, bruised idealism to produce this book that would help guide leaders who wanted to rise to positions of power and yet behave ethically.

Monk, scholar, researcher, and thinker, Baltasar Gracian combined his keen wit with worldly insight, irony, and jaded humour to produce a timeless handbook of practical and elegantly crafted maxims that will help all leaders and influencers think, judge, act, live, and achieve more.

Widely considered to have had a craftier and nuanced understanding of human nature than Machiavelli himself, Gracian’s works are too delicious to ignore. Reading a few maxims a day and reflecting on them will help readers bridge time and space to think like a person with several years more maturity, experience, and wisdom than themselves – an endless asset if your work requires you to interact with people, gauge their intentions, and work with them to achieve success.