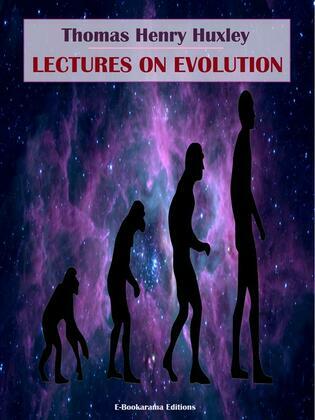 Thomas Henry Huxley’s "Lectures on Evolution", delivered in New York City in September of 1876, was reported extensively in newspapers, particularly because in addition to presenting evidence supporting the theory of evolution, it also argued that the scheme of creation in Milton (and therefore in Moses) was bunk.

Thomas Henry Huxley was a British biologist, known as "Darwin's Bulldog" for his defence of Charles Darwin's theory of evolution.

His scientific debates against Richard Owen demonstrated that there were close similarities between the cerebral anatomy of humans and gorillas.

Interestingly, Huxley did not accept many of Darwin's ideas (e.g. gradualism), and was more interested in advocating a materialist professional science than in defending natural selection.

A talented populariser of science, he coined the term "agnosticism" to describe his stance on religious belief. He also is credited with inventing the concept of "biogenesis", a theory stating that all cells arise from other cells.