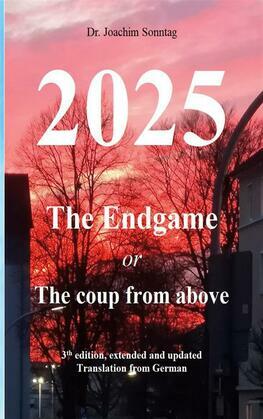 These three documents, Weather War document, Future warfare, Population figures of the countries, authorized by US Air Force, NASA, CIA, FBI, DARPA, ... all indicate the same endgame year: 2025. The year of the planned establishment of the New World Order (NWO).
Artificial intelligence, Transhumanism, Geoengineering, Nanotechnology, Genetic engineering, Mass psychology, Manipulation of consciousness, Bioweapons and 5G serve to control and manipulate the population and to secure the transition to the NWO. The "Corona flu" in 2020 is used to spread fear and panic among the population to make them accept the massive reduction of civil liberties.
The young generation expects a worse fate than the war generation of 1939-45, if we don't fight back.
Fate has a name: Transhumanism & 5G. Is there still a chance of stopping this process?