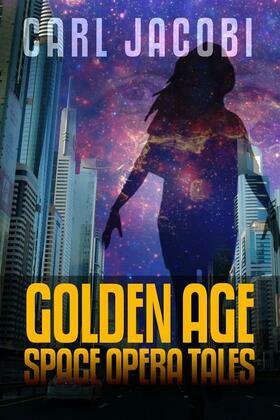 Carl Richard Jacobi (July 10, 1908 – August 25, 1997) was an American journalist and author. He wrote short stories in the horror and fantasy genres for the pulp magazine market, appearing in such pulps of the bizarre and uncanny as Thrilling, Ghost Stories, Startling Stories, Thrilling Wonder Stories and Strange Stories. He also produced some science fiction, mainly space opera, published in such magazines as Planet Stories.

He attended the University of Minnesota from 1927 to 1930, majoring in English Literature, where he began his writing career in campus magazines. He wrote of this period on Thrilling Wonder Stories (June 1939) that "I tried to divide my time between rhetoric courses and the geology lab. As an underclassman I was somewhat undecided whether future life would find me studying rocks and fossils or simply pounding a typewriter. The typewriter won."

The Street That Wasn't There by Carl Jacobi & Clifford D. Simak

Assignment on Venus by Carl Jacobi

Made in Tanganyika by Carl Jacobi

The Long Voyage by Carl Jacobi