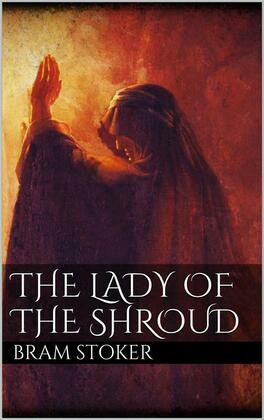 The Lady of the Shroud

"All turned out as I wished-at least, nearly so-as shall be seen. Being in the bow, I had, of course, a better view than from the bridge. Presently I made out that the boat, which had all along seemed to be of a queer shape, was none other than a Coffin, and that the woman standing up in it was clothed in a shroud. Her back was towards us, and she had evidently not heard our approach. As we were creeping along slowly, the engines were almost noiseless, and there was hardly a ripple as our fore-foot cut the dark water. Suddenly there was a wild cry from the bridge-Italians are certainly very excitable; hoarse commands were given to the Quartermaster at the wheel; the engine-room bell clanged. On the instant, as it seemed, the ship's head began to swing round to starboard; full steam ahead was in action, and before one could understand, the Apparition was fading in the distance. The last thing I saw was the flash of a white face with dark, burning eyes as the figure sank down into the coffin-just as mist or smoke disappears under a breeze."