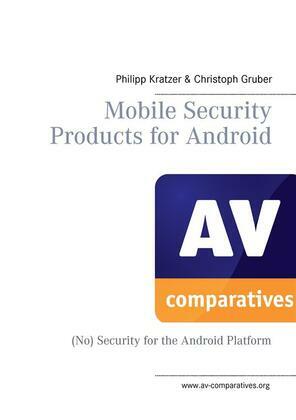 We have once again tested security products for smartphones running Google's Android operating system. Our report covers details of the products made by leading manufacturers.

Smartphones represent the future of modern communications. In 2013, more than 1 billion smartphones were sold, a further milestone in the advance of these devices1. A study published by Facebook emphasises the importance of smartphones in our lives; about 80% of users make use of
their smartphone within 15 minutes of waking up each day.

At the same time, the traditional function of a telephone is becoming less and less important. The high quality of integrated cameras means that the smartphone is increasingly used for photography. As well as with photos, users trust their devices with their most personal communications, such as Facebook, WhatsApp and email. This brings some risks with it, as such usage makes the smartphone interesting for criminals, who attempt to infect the device with malware or steal personal data. There is also the danger brought by phishing attacks.

These days, the use of security software on a PC or laptop is seen as essential. However, many smartphone users do not yet have the same sense of responsibility, even though their devices store personal data, private photos, Internet banking information or even company data.

As modern smartphones are often expensive to buy, they are also an attractive target for thieves. Top-quality smartphones cost several hundred Euros. As it is not possible to physically prevent them from being stolen, they must be made less attractive to thieves. Consequently, many of today's security products contain not only malware protection, but also highly developed theft-protection functions, which make the device less attractive to thieves (e.g. by locking the device), and help the owner to find it again.