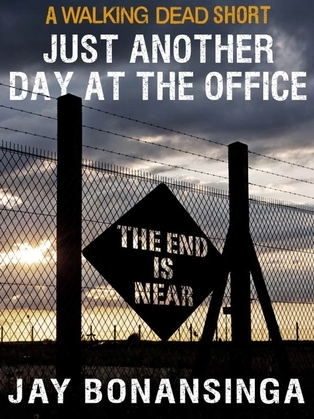 Just Another Day at the Office

Just Another Day at the Office reveals the never-before-known details of how Philip Blake (aka The Governor) took full control of Woodbury.

In this exciting story that takes place between The Walking Dead: Rise of the Governor and The Walking Dead: The Road to Woodbury, Philip unleashes his full fury on the previous leaders of the small walled-off town. This one-man-army, a man on his way to becoming the fearsome Governor who will eventually go up against Rick Grimes and company, single-handedly takes on all foes, both zombie and human alike.

Robert Kirkman and Jay Bonansinga's story was originally published in issue 1 of The Walking Dead magazine and contains approximately 3,500 words, along with an extended excerpt for The Walking Dead: The Road to Woodbury.