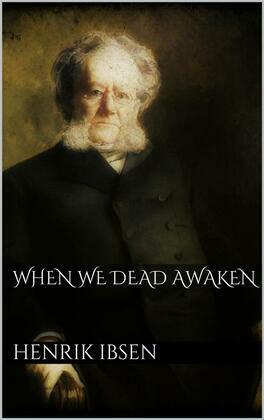 When We Dead Awaken

"He wrote When We Dead Awaken," says Dr. Elias, "with such labour and such passionate agitation, so spasmodically and so feverishly, that those around him were almost alarmed. He must get on with it, he must get on! He seemed to hear the beating of dark pinions over his head. He seemed to feel the grim Visitant, who had accompanied Alfred Allmers on the mountain paths, already standing behind him with uplifted hand. His relatives are firmly convinced that he knew quite clearly that this would be his last play, that he was to write no more. And soon the blow fell."