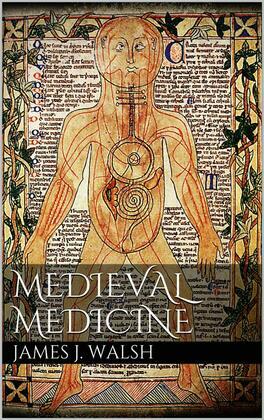 "Medieval Medicine" is the story of the medical sciences in the Middle Ages. The Middle Ages are usually assumed to begin with the deposition of Romulus Augustulus, 476, and end with the fall of Constantinople, 1453. In this little volume, then, we have to outline the history of human efforts to prevent and treat the ills of mankind for nearly one thousand years. Until recently, it has been the custom to believe that there was so little of genuine interest in anything like the scientific care of ailing human beings during these centuries, that even a volume of this kind might seem large for the tale of it. Now we know how much these men of the Middle Ages, for so long called the "Dark Ages," were interested in every phase of human progress. They created a great art and literature, and above all a magnificent architecture. We have been cultivating the knowledge of these for several generations, and it would indeed be a surprise to find that the men who made such surpassing achievements in all the other lines of human effort should have failed only in medicine.
As a matter of fact, we have found that the history of medicine and surgery, and of the medical education of the Middle Ages, are quite as interesting as all the other phases of their accomplishments. Hence the compression that has been necessary to bring a purview of all that we know with regard to medieval medicine within the compass of a brief book of this kind. The treatment has been necessarily fragmentary, and yet it is hoped that the details which are given here may prove suggestive for those who have sufficient interest in the subject to wish to follow it, and may provide an incentive for others to learn more of this magnificent chapter of the work of the medieval physicians.