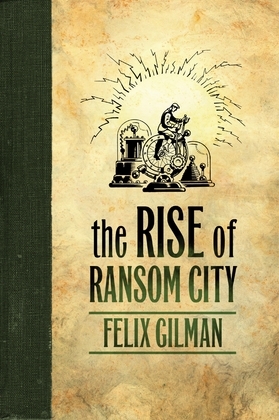 The Rise of Ransom City

This is the story of Harry Ransom. If you know his name it's most likely as the inventor of the Ransom Process, a stroke of genius that changed the world.

Or you may have read about how he lost the battle of Jasper City, or won it, depending on where you stand in matters of politics.

Friends called him Hal or Harry, or by one of a half-dozen aliases, of which he had more than any honest man should. He often went by Professor Harry Ransom, and though he never had anything you might call a formal education, he definitely earned it.
If you're reading this in the future, Ransom City must be a great and glittering metropolis by now, with a big bronze statue of Harry Ransom in a park somewhere. You might be standing on its sidewalk and not wonder in the least of how it grew to its current glory. Well, here is its story, full of adventure and intrigue. And it all starts with the day that old Harry Ransom crossed paths with Liv Alverhyusen and John Creedmoor, two fugitives running from the Line, amidst a war with no end.