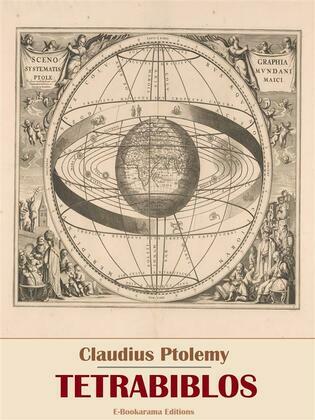 The "Tetrabiblos", or 'four-part book' of Egytian astrologer, mathematician and geographer Claudius Ptolemy is one of the most important surviving ancient texts on Astrology.

Ptolemy, the second century C.E. author of this book, is best known as the originator of the Ptolemaic system. The Earth stood fixed at the centre of the universe, with crystalline spheres within spheres whirling around it. In balance, the universe had a vast influence on earthly events, which was the basis for the belief in Astrology. This explanation stood for nearly a millennium and a half, bolstered by its acceptance as orthodoxy by the Catholic Church, until Copernicus and Galileo demolished it and placed the heliocentric (sun-centred) system in its place.