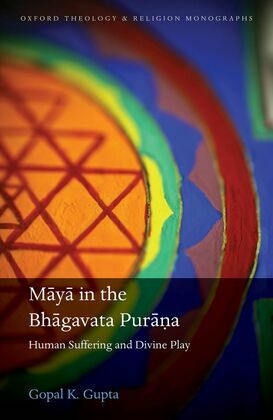 The idea of M?y? pervades Indian philosophy. It is enigmatic, multivalent, and foundational, with its oldest referents found in the Rig Veda. This book explores M?y?'s rich conceptual history, and then focuses on the highly developed theology of M?y? found in the Sanskrit Bh?gavata Pur??a, one of the most important Hindu sacred texts. Gopal K. Gupta examines M?y?'s role in the Bh?gavata's narratives, paying
special attention to its relationship with other key concepts in the text, such as human suffering (du?kha), devotion (bhakti), and divine play (l?l?). In the Bh?gavata, M?y? is often identified as the divine feminine, and has a far-reaching influence. For example, M?y? is both the world and the means by which God creates the world, as well as the facilitator
of God's play, paradoxically revealing him to his devotees by concealing his majesty. While Ved?nta philosophy typically sees M?y? as a negative force, the Bh?gavata affirms that M?y? also has a positive role, as M?y? is ultimately meant to draw living beings toward Krishna and intensify their devotion to him.