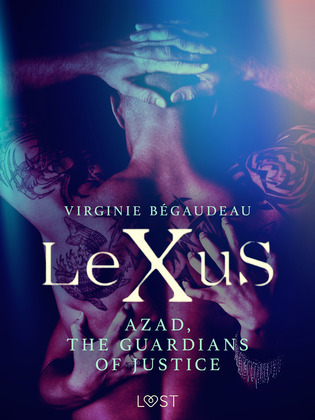 Azad is one of the elite Guardians of Justice. He does the Operators? dirty work and bears the blood of Belgrame citizens on his hands. For many in Belgrame, he is a constant threat, lurking in the shadows, but to LeXuS he is disposable. But despite being an enforcer of LeXuS law, he can?t help but question it.

In a dystopian future, the city of Belgrame is governed by a set of laws called LeXuS. Under a strict totalitarian regime, sex has become a privilege which can be bought, sold or earned. Having the right to sex indicates social success, and due to the strict control, sexual crimes have become a distant memory.
However, all is not well in Belgrame. A group of renegades are leading a rebellion to overthrow the LeXuS regime and grant sexual freedom to all.
Welcome to Belgrame, a city which you will discover through the eyes of its inhabitants.
Each character brings a new story, which can be read independently of the others. This is the story of Azad, matriculation number 9224.