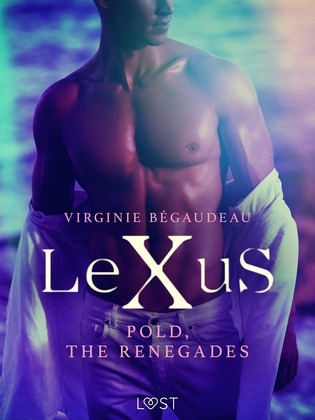 Pold and Don have grown up together, united in their obsession with the LeXuS regime, yet opposed in their opinions about its laws and the place of sex in Belgrame. One is a supporter of LeXuS, but the other is more cynical. So, when they find out which Districts they will live in, there is a surprise in store for both of them.

In a dystopian future, the city of Belgrame is governed by a set of laws called LeXuS. Under a strict totalitarian regime, sex has become a privilege which can be bought, sold or earned. Having the right to sex indicates social success, and due to the strict control, sexual crimes have become a distant memory.
However, all is not well in Belgrame. A group of renegades are leading a rebellion to overthrow the LeXuS regime and grant sexual freedom to all.
Welcome to Belgrame, a city which you will discover through the eyes of its inhabitants.
Each character brings a new story, which can be read independently of the others. This is the story of Pold, no matriculation number; Renegade.