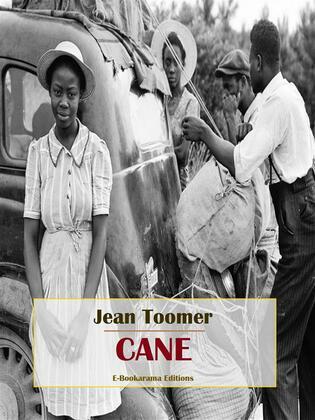 First published in 1923, "Cane" is a novel by African-American novelist and poet Jean Toomer, an author of the Harlem Renaissance movement. Consisting of a multitude of disconnected vignettes, the novel casts a wide net over African Americans’ experiences in the United States during Toomer’s day. The novel uses no single genre, but rather cycles through narrative, essay, poetry, and dialogue. As a result, the book’s status as a novel is often disputed. Its unorthodox style and content contributed to it being named as one of the foremost works of the High Modernist movement, which utilized a plurality of voices and perspectives to convey the complexity of human subjectivity.

"Cane" is a slim miscellany composed of fifteen poems, six brief prose vignettes, seven stories, and a play—all about black life in the 1920’s. The book is divided into three parts, the first and last of which are set in rural Georgia; the narratives of the second section take place in Chicago and in Washington, D.C.