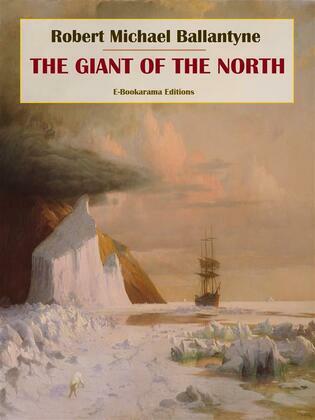 The Giant of the North

First published in 1882, Robert Michael Ballantyne's "The Giant of the North" is the tale of a giant Eskimo, Screekinbroot, also called Chingatok.

Journey with our young heroes into the frozen tundra and icy waters of the North Pole regions for encounters with Eskimo peoples and to learn about their life and what it is like when the Kabiunets comes to the Arctic. Captain Vane, his son Benjamin, and his two nephews Leo and Alf come in search of the North Pole. When their ship, The White Bear, gets stuck in the ice, the party of mariners face icy adventures and, in the end, discover the North Pole. (This was written before the Pole had been discovered.) There they find an old man whose ancestor was John MackIntosh, one of the sailors of Captain Henry Hudson, who had journeyed to the North Pole, married, and had children, one of whom was this old man.