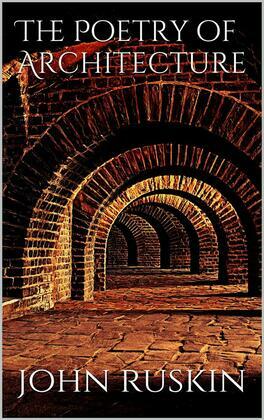 The Poetry of Architecture

by John Ruskin (Author)
Buy for €2.99 Excerpt
Nonfiction Arts Painting
warning_amber
One or more licenses for this book have been acquired by your organisation details

The Science of Architecture, followed out to its full extent, is one of the noblest of those which have reference only to the creations of human minds. It is not merely a science of the rule and compass, it does not consist only in the observation of just rule, or of fair proportion: it is, or ought to be, a science of feeling more than of rule, a ministry to the mind, more than to the eye. If we consider how much less the beauty and majesty of a building depend upon its pleasing certain prejudices of the eye, than upon its rousing certain trains of meditation in the mind, it will show in a moment how many intricate questions of feeling are involved in the raising of an edifice; it will convince us of the truth of a proposition, which might at first have appeared startling, that no man can be an architect, who is not a metaphysician.