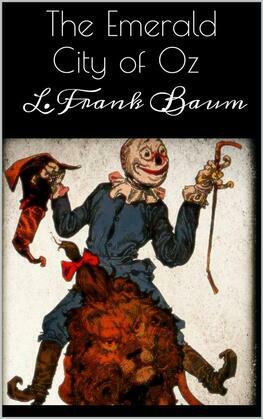 The Nome King was in an angry mood, and at such times he was very disagreeable. Every one kept away from him, even his Chief Steward Kaliko.
Therefore the King stormed and raved all by himself, walking up and down in his jewel-studded cavern and getting angrier all the time. Then he remembered that it was no fun being angry unless he had some one to frighten and make miserable, and he rushed to his big gong and made it clatter as loud as he could.
In came the Chief Steward, trying not to show the Nome King how frightened he was.
"Send the Chief Counselor here!" shouted the angry monarch.
Kaliko ran out as fast as his spindle legs could carry his fat, round body, and soon the Chief Counselor entered the cavern. The King scowled and said to him:
"I'm in great trouble over the loss of my Magic Belt. Every little while I want to do something magical, and find I can't because the Belt is gone. That makes me angry, and when I'm angry I can't have a good time. Now, what do you advise?"
"Some people," said the Chief Counselor, "enjoy getting angry."