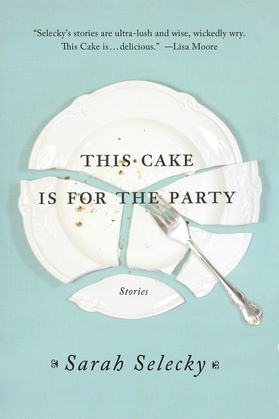 This Cake Is for the Party

In these ten stories, linked frequently by the sharing of food, Sarah Selecky reaffirms the life of everyday situations with startling significance. For upmarket women's fiction readers that love stories which reflect the joys and pitfalls of marriage, fidelity, fertility, and relationship woes, this collection is a conversation starter. This Cake Is for the Party reminds us that the best parts of our lives are often the least flashy. Reminiscent of early Margaret Atwood, with echoes of Lisa Moore and Ali Smith, these absorbing stories are about love and longing, that touch us in a myriad of subtle and affecting ways.
With more than 10,000 copies sold in Canada, where she was named the CBC Book Award's Best New Writer, Sarah Selecky proves she is an exciting new voice with a promising future.