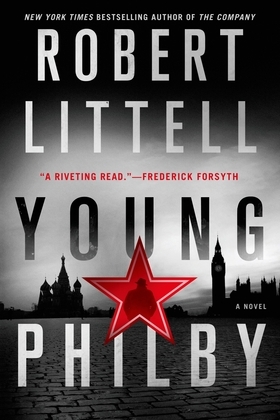 A Kirkus Best Fiction Book of 2012
A Kansas City Star Top Book the Year
When Kim Philby fled to Moscow in 1963, he became the most notorious double agent in the history of espionage. Recruited into His Majesty's Secret Intelligence Service at the beginning of World War II, he rose rapidly in the ranks to become the chief liaison officer with the CIA in Washington after the war. The exposure of other members of the group of British double agents known as the Cambridge Five led to the revelation that Philby had begun spying for the Soviet Union years before he joined the British intelligence service. He eventually fled to Moscow one jump ahead of British agents who had come to arrest him, and spent the last twenty-five years of his life in Russia.

In Young Philby, Robert Littell recounts the little-known story of the spy's early years. Through the words of Philby's friends and lovers, as well as his Soviet and English handlers, we follow the evolution of a mysteriously beguiling man who kept his masters on both sides of the Iron Curtain guessing about his ultimate loyalties. As each layer of ambiguity is exposed, questions surface: What made this infamous double (or should that be triple?) agent tick? And, in the end, who was the real Kim Philby?