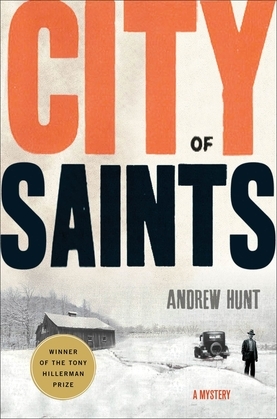 To the outside observer, Salt Lake City might seem to be the squeaky-clean "City of Saints"--its nickname since Mormon pioneers first arrived. Its wide roads, huge Mormon temple topped by a horn-blowing angel, and orderly neighborhoods give it the appearance of the ideal American city, but looks can be deceiving.

When a beautiful socialite turns up dead, Art Oveson, a twenty-something husband, father, and devout Mormon just getting his start as a sheriff's deputy, finds himself thrust into the role of detective. With his partner, a foul-mouthed former strikebreaker, he begins to pursue the murderer--or murderers. His search takes him into the underbelly of Salt Lake City, a place rife with blackmail, corruption, and death.

Based on a true yet largely forgotten murder that once captivated the nation but still remains unsolved eighty years later, City of Saints reveals a darker picture of the Mormon capital than you ever expected.