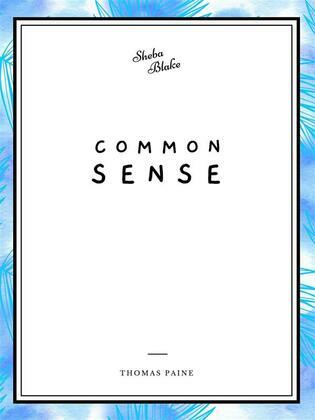 When Thomas Paine first anonymously published his series of pamphlets titles Common Sense they became an overnight success. First released at the height of the American Revolution the treatise denounced British rule and is thought to have been so popular as to have influenced the path of the revolution itself. In the words of Historian Gordon S. Wood Common Sense was, "the most incendiary and popular pamphlet of the entire revolutionary era."