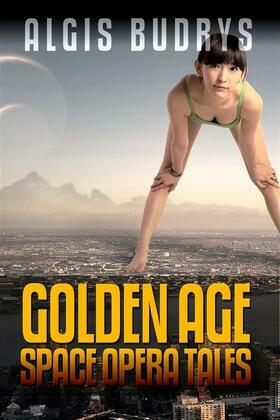 Algirdas Jonas "Algis" Budrys (January 9, 1931 – June 9, 2008) was a Lithuanian-American science fiction author, editor, and critic. He was also known under the pen names Frank Mason, Alger Rome (in collaboration with Jerome Bixby), John A. Sentry, William Scarff, and Paul Janvier. He is known for the influential 1960 novel Rogue Moon.

He taught himself English at the age of six by reading Robinson Crusoe. Finding Astounding Science Fiction magazine caused him at the age of 11 to want to become a science fiction writer.

His first published science fiction story was "The High Purpose", which appeared in Astounding in 1952. Beginning in 1952 Budrys worked as editor and manager for such science fiction publishers as Gnome Press and Galaxy Science Fiction.

The Rag and Bone Men

The Stoker and the Stars

Wall of Crystal, Eye of Night