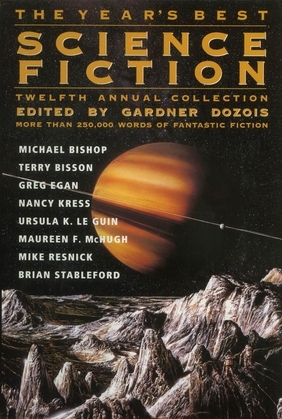 To read is to journey, and to read science fiction is to venture into a myriad of imaginative and delightful worlds, such as:

- Robert Reed's fabulous galaxy-circling starship and its fascinating inhabitants, "The Remoras"
- The planet Mercury, where there is more than meets the eye in Stephen Baxter's "Cilia-of-Gold"
- Two very different Hainish worlds--with very different customs--in two knockout novellas by Ursula K. Le Guin
- A junkyard in Brooklyn that won't stay put in "The Hole in the Hole" by Terry Bisson

Rounded out with Gardner Dozois's insightful overview of the year in science fiction and a long list of recommended reading, this volume is the starting point for dozens of delightful ventures into the marvels of human imagination.

"Dozois's intelligently and ably put-together anthology does its stated job as well as any one book or editor could. Even with competition, it would still be the best of the Best."--Publishers Weekly