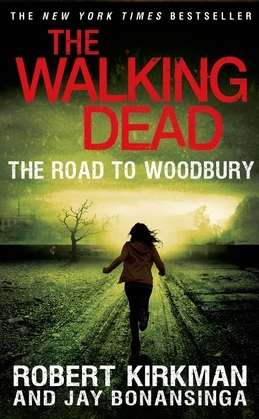 The Walking Dead: The Road to Woodbury

The first book explained how the Governor was created; this thrilling sequel to The New York Times bestseller further reveals his ruthless, inhuman conquest of Woodbury

The zombie plague unleashes its horrors on the suburbs of Atlanta without warning, pitting the living against the dead. Caught in the mass exodus, Lilly Caul struggles to survive in a series of ragtag encampments and improvised shelters. But the Walkers are multiplying. Dogged by their feral hunger for flesh and crippled by fear, Lilly relies on the protection of good Samaritans by seeking refuge in a walled-in town once known as Woodbury, Georgia.

At first, Woodbury seems like a perfect sanctuary. Squatters barter services for food, people have roofs over their heads, and the barricade expands, growing stronger every day. Best of all, a mysterious self-proclaimed leader named Philip Blake keeps the citizens in line. But Lilly begins to suspect that all is not as it seems. . . . Blake, who has recently begun to call himself The Governor, has disturbing ideas about law and order.

Ultimately, Lilly and a band of rebels open up a Pandora's box of mayhem and destruction when they challenge The Governor's reign . . . and the road to Woodbury becomes the highway to hell in this riveting follow-up to Robert Kirkman and Jay Bonansinga's New York Times bestselling The Walking Dead: Rise of the Governor.