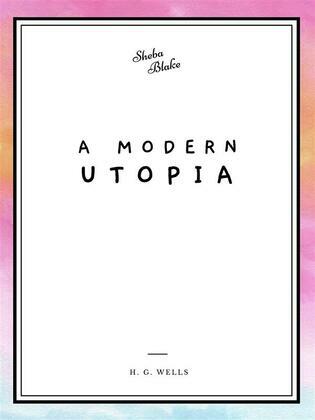 A Modern Utopia is a novel by H. G. Wells.

Because of the complexity and sophistication of its narrative structure A Modern Utopia has been called "not so much a modern as a postmodern utopia." The novel is best known for its notion that a voluntary order of nobility known as the Samurai could effectively rule a "kinetic and not static" world state so as to solve "the problem of combining progress with political stability."

To this planet "out beyond Sirius" the Owner of the Voice and the botanist are translated, imaginatively, "in the twinkling of an eye . . . We should scarcely note the change. Not a cloud would have gone from the sky." Their point of entry is on the slopes of the Piz Lucendro in the Swiss Alps.

The adventures of these two characters are traced through eleven chapters. Little by little they discover how Utopia is organized. It is a world with "no positive compulsions at all . . . for the adult Utopian--unless they fall upon him as penalties incurred."